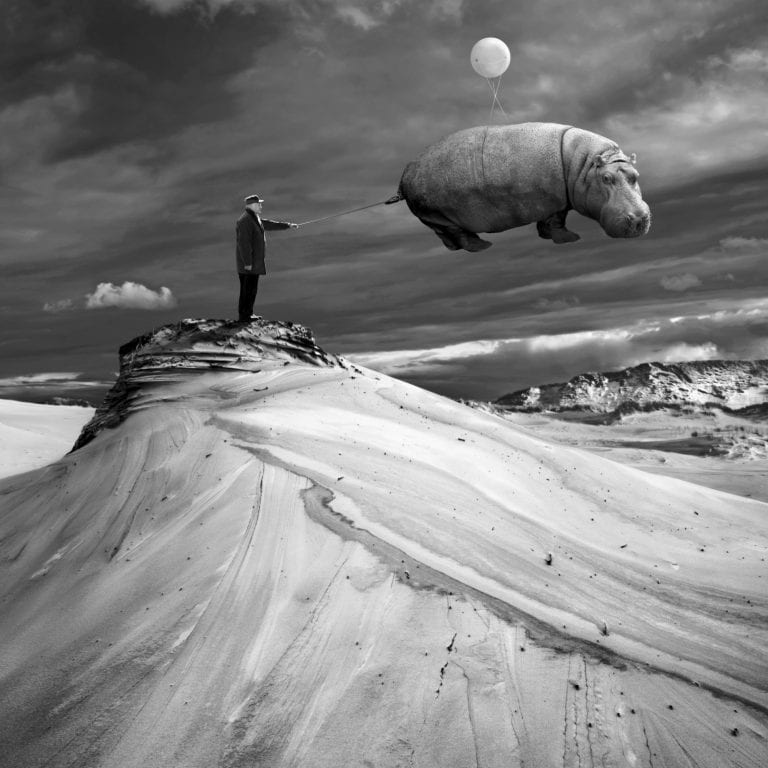 A journey to get professional Helicopter Pilot

It all started as a small kid. Helicopters created tremendous affection.

But it seemed to be just the dream of a lifetime. Totally impossible.

At Aged 39 – out of the blue – everything changed and turned into reality.

You might be thinking to yourself why have I clicked this link to come through to read someone else’s life story or résumé? You may be interested in acquiring a helicopter pilot license perhaps even a professional pilot’s license and think to yourself, could I do it?

In my case becoming a professional helicopter pilot wasn’t the next obvious step of my life at all and it might not be in your case but perhaps after reading this, you may be thinking…

What about yourself – Are you still dreaming?

Live your passion, live your dream!

It’s not just me there are many other pilots out there that could tell you about their own personal sudden shift in life to finally follow their dream and become a professional helicopter pilot.

Born and raised in Switzerland, I was surrounded by high mountains from the start. Of course, being Swiss, before I could even walk my mother had me on a pair of skis. Already then, I would see those fantastic Helicopters fly around steep rock cliffs & land on top of them.

Honestly, I do not remember, if that was exactly the age I started to take notice of those magical birds. It was the way my childish eyes were caught fascinated by those majestic machines.

Since then, the dream to become a helicopter pilot has never stopped. Watching a helicopter, wherever it happens to be on the globe, brings back those same fascinated eyes from childhood.

Since my personal journey named “From_Zero_to_Pro” has started, seeing helicopters has become increasingly frequent but still just as exciting and fascinating as before.

Back in Switzerland at twelve years old, I was prescribed my first pair of glasses. The disaster of my life or so I thought at the time. I saw this as a very clear message that I will never become a helicopter pilot for the army. Flying in the military is the cheapest and most obvious way to start a pilot’s career. I assume that’s pretty much the same all over the world. The big dream got totally smashed – it will never happen.

Being a teenager I was curious about many other different things in life, this particular dream was almost forgotten. I loved playing the drums, piano, and flying paragliders in my spare time. Later I ended up studying the law and worked as a legal adviser before eventually founding an internet startup company.

That was all great and highly promising, it also allowed me to travel all over the globe attending exciting conferences and meeting fascinating people. There was no reason to not just continue that way and follow the path laid ahead of me.

Aged 38 I was suddenly struck with a problem in my life forcing me into a long and unexpected break from my usual work routine. This was by no means the first time such an imposed brake forced me into a holding pattern.

Normally I would have gotten over it and after a little turbulence gotten back onto roughly the same heading as before. I would have continued with new experiences stronger than before, however this time it was different.

During this break, Spring 2014, I built a four-bladed remote-controlled drone called a Quadcopter (nowadays knows as drone). While teaching myself how to fly the drone at the lake of Zürich, I was constantly thinking about my life. Somehow I was back in my childish daydreams.

I had been feeling like this for two months when I met a cute older couple that happened to walk past while I was flying the Quadcopter. The couple must have been in their mid-eighties. Watching my Quadcopter the lady suddenly started talking… “my husband had always dreamed of being a pilot.” As I was flying and therefore watching the Quadcopter, I could not properly look at him, but a very short glance was enough to recognize his face from the newspapers.

Despite knowing exactly who he was and what a successful career he had, I asked him what he did for a living. He could not take his almost ancient but childish-looking eyes from my Quadcopter. He only answered, “She is right, that has been my all-time dream.”

one coffee that changed my life

Monday, July 28th, 2014 will remain like a big red mark in my personal calendar.

I was invited for a coffee by a friend called Malvina while she was in Switzerland visiting family. I had not known Malvina long but when we met on this particular Monday, July 28th, 2014 I started to tell her my newest endeavors. Eventually, I started complaining about the stupid brake I was having, but also explaining how cool this Quadcopter was. She briefly interrupted me and the following conversation started…

“First, what would you do, if you had only 6 more months left to live, and second, what would you do if you’d never have to work again without any concerns about money?” – “Come on, that is totally ridiculous. Those two questions are way too simple, probably everyone on the globe had thought about them. It’s absolutely impossible to plan life this way” – “Can you answer them?”

She really insisted on getting an answer and I felt her pushing. Her style was very bold, having barely known each other at the time I could not take her seriously.

Reacting quickly I only joked back… “Firstly I would probably travel to all the places I have never been to before and second I would definitely buy a helicopter and just fly myself around.

Taking my answer very seriously and again interrupting, she asked quite harshly “So why don’t you become a professional helicopter pilot?” – “Well, dreaming is always good, but unfortunately that is absolutely impossible, because …

a million reasons, “why” it is impossible anyway

Like anyone that only dreams about their lifetimes dream, instead of doing it. I was totally sure, that flying helicopter was an unrealistic and unachievable ambition. I had a list of reasons why I thought I couldn’t fly professionally.

– my opportunities – I would never find a job starting that late

– my time – altogether it would take me YEARS

– my wallet – it’s too expensive

Of course, I had even more reasons, but she stopped me anyway at excuse n° 2 saying…

« Listen,  1. You are definitely not too old yet. 2. Glasses are absolutely no issue, as long as you are not color blind. 3. There are affordable flight schools that can train you to become a commercial helicopter pilot. 4. there are several interesting jobs around the globe, once you complete your license you can go and literally fly & work where ever you want.”

I was speechless, before I could continue my list of reasons why this was an absolutely unreasonable plan that would never work she continued…

“You look healthy to me, but I am not a doctor. You would have to pass a medical test, that’s true, but it only takes one day. Skip the class 2 medical, required for a PPL(H), and complete a class 1 medical. This medical is what you will require to work as a commercial pilot“.

“If you pass it, 3/4 of your concerns are history, why don’t you start with this? Stop being your own barrier. It is possible and I’m sure if this is your all-time dream, you will never regret this step.”

“There must be horrible pitfalls – this all sounds way too good!” – “No. There are no pitfalls. I will send you two links – one for the medical and one for the training academy.”

Our talk continued for one more hour, from here I do not remember anything except walking back home at around 4 pm. I felt completely drunk and captured by the conversation that just took place.

That same evening I checked the links, booked an appointment for the Medical test and contacted the Flight School to book a trial lesson

Two weeks later – I was due to attend a conference in London, the perfect time to visit the UK aviation house at Gatwick to have my medical examination. I passed all the medical tests without any problems. I couldn’t believe it just happened. Straight from there, I headed down towards South England.

The next day, August 12th, 2014, I arrived at the Aerodrome in Goodwood, where I had booked my initial trial lesson. It was an awesome flight. My first flight in a Robinson 22 helicopter.

Afterward, I traveled back home to Switzerland. During this trip, I felt even worse than being drunk. A strange mixture of emotions as my mind attempted to make sense of what just happened. Did I really fly in a training helicopter? And did I seriously pass the medical? I had to stop driving and look at this medical certificate at least ten times.

On that same journey back home I started to cancel all my duties in my mind and clear off my calendar for the rest of my life for something new. Something totally different. My dream.

The decision was made. The only remaining question was how to organize and plan everything and when to start.

I still cannot believe that it took me more than 20 years to find out that my old dream did not actually die. It still could become reality!

I decided to get this blog « PPL(H) – MILESTONES » started and to share my journey with anyone else interested in flying helicopters to show that it is not just possible to learn to fly but actually a really fun and cool adventure. 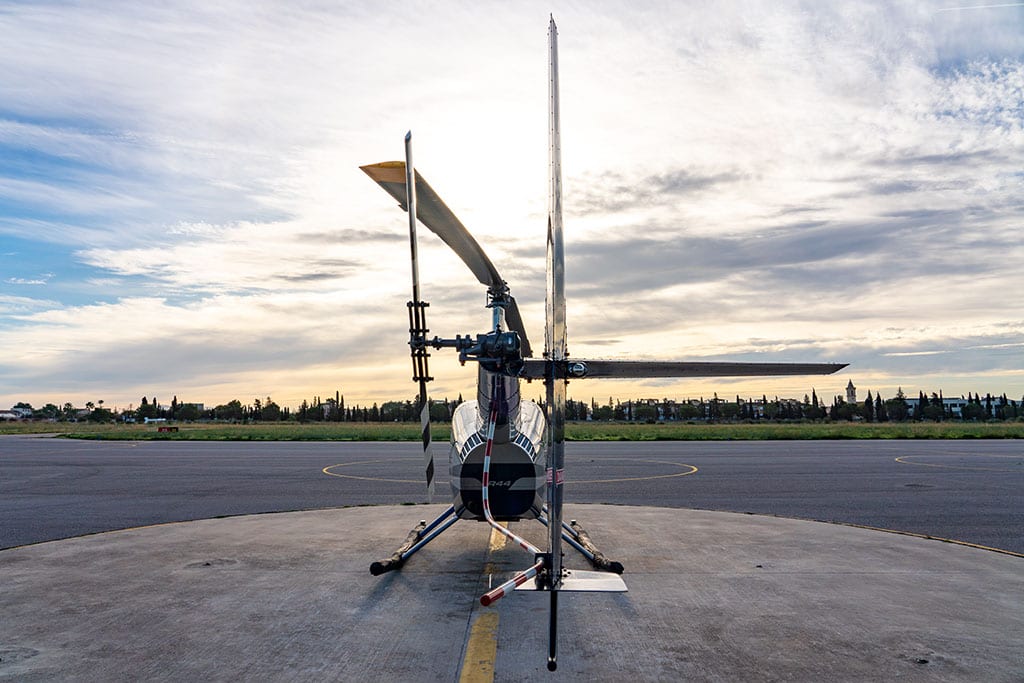